Netflix continued to lose subscribers in the second quarter as the streaming group tried to assuage fears about its business prospects, telling investors it was “confident and optimistic about the future”.

The company lost about 1million subscribers in the second quarter, a smaller loss than the 2 million it had forecast would cancel their accounts, as it was helped in part by the release of a new season of the hit show Stranger Things.

However, Netflix projected it would gain 1mn  in the third quarter, a slower turnround than the 1.8 million sign-ups that Wall Street analysts had expected.

The results come after Netflix spooked investors in April when it revealed its decade-long subscriber growth had ended, raising questions about the value of entertainment companies scrambling to compete in streaming.

Netflix is also testing two different ways to crack down on password sharing, which it estimates results in about 100 million households accessing the service for free.

Analysts, however, said Netflix idea of pushing consumers to pay more to share passwords with others will be a tough turn, essentially insisting subscribers pay for a feature that they have gotten free for many years.

They now urge the movie streaming company to build up goodwill with consumers before it tackles password sharing. 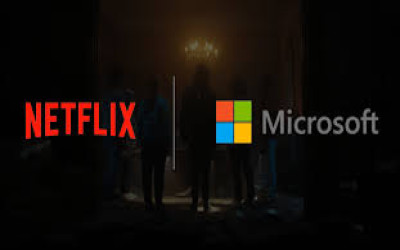 Netflix, Microsoft Team Up for Cheaper Plan with Adverts