Acting Inspector General of Police, Noor Gabow, has ordered a nationwide crackdown on all contraband goods in a move aimed at zeroing-in on tax evaders.

He has ordered the crackdown be launched with immediate effect ,directing that all police commanders across the country to liaise with Kenya Revenue Authority (KRA) to nab individuals involved in the illegal business.

He referenced an incident that occured in Kirinyaga where police intercepted a truck ferrying 1000 boxes each containing 20 bottles of alcohol affixed with counterfeit stamps and destined for sale in Nairobi.

“Other criminals employ different tax evasion tricks with an aim of defrauding the government much-needed revenue and whereas revenue enforcement regime falls under the mandate of KRA,”

In the signal, he ordered all police commanders to collaborate efforts with the relevant authorities and remain vigilant in the fight against revenue evasion .

The regional and county commanders will work with the local KRA officials in their regions during the operation, and daily reports will be filed, and in the event tax evasion is detected , prompt investigations will be launched.

This is in line with President William Ruto call to Kenyans to pay their taxes in a bid to increase the country’s revenue base.

President Ruto intimated that for the country's economy to stabilise the country should be eyeing a revenue collection of Kshs 6 trillion by 2027, and hence every Kenyan holding a National Identification card should be eligible to hold a KRA pin for payment of taxes. 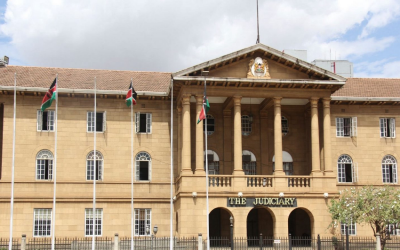 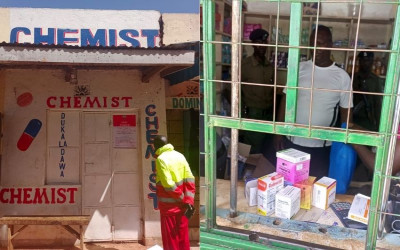