A Nakuru court has found Nakuru Town West Member of Parliament Samuel Arama guilty of fraud , as he conspired to grab a parcel of land valued at Kshs 60 million.

The legislator was fined Kshs 1,560,000 for the offence which is backed by a six-month jail sentence in the event he failed to settle the fine.

In the Thursday, June 30 ruling, the court found that Arama and co-accused persons who include former Nakuru Lands Registrar Charles Birundu orchestrated the scheme which saw the land parcel belonging to a private owner identified as Muhammad Nisar Ahmed taken.

Arama was found culpable of abuse of office between August 3, 2015, and August 11, 2015 during which the conspiracy to grab the parcel of land has been identified as Nakuru Municipality 6/95 was underway.

He and his accomplices managed to forge a land sale agreement that was supposedly signed by a Yusufu Mustafah Ratemo for a plot of land belonging to Nisar which was used to swindle him.

The title deed of the parcel of land in question was surrendered to the owner.

"I have considered the mitigation as guided by the policy guidelines...they are not been condemned...the property in question was restored and therefore never benefited," the court noted.

Arama's other co-accused persons have also been fined Ksh.260,000 for each count and could suffer the same fate of a six months jail term if they fail to pay the fine.

This comes days after Arama was probed alongside two other MPs, namely Nakuru Town East MP David Gikaria and Bahati’s Kimani Ngunjiri over their alleged links to the dreaded Confirm gang that has been terrorising Nakuru City residents and those from its environs.

Rift Valley Regional Commander Mohammed Maalim stated that their involvement elicited great suspicion as the lawmakers had been adversely implicated in the financing and protection of the gang, bailing out members wherever they were arrested. 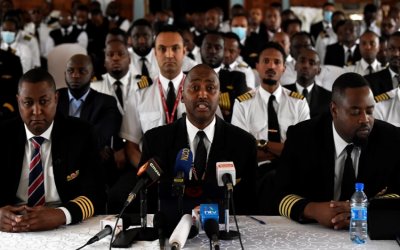 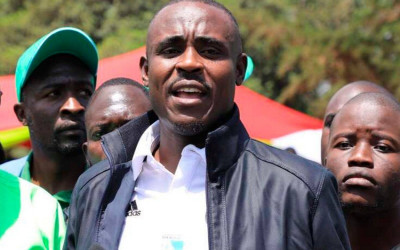