President Ruto has prohibited Uhuru Kenyatta’s cabinet secretaries from any international travel regardless of the purpose of travel.

The outgoing cabinet secretaries and principal secretaries alike will have to seek express permission from the president before travelling abroad.

The cabinet secretaries have been in office serving in their various capacities despite the change of guard pending the appointment of Ruto’s cabinet.

They have further been directed to remain in office until their successor is appointed.

The directive was meant to resolve the handing-over process to the new cabinet that is anticipated to be announced this week.

“It is, therefore, reiterated that the tenure of cabinet Secretaries and Principal Secretaries currently in office will only lapse on appointment and swearing-in of a successor Cabinet Secretary or Principal Secretary as the case may be by the Head of State and Government or upon a reorganization of Government by His excellency the President that affects a particular docket”

The statement was undersigned by the Head of Public Service Joseph Kinyua.

“Foreign travel by Cabinet Secretaries and Principal Secretaries is further suspended unless as sanctioned by the Head of State and Government” read the statement.

Just as in the temporal  incumbency of the president,the outgoing cabinet secretaries and principal secretaries have limited powers and functions.

The functions of the cabinet secretaries have been limited to just general administration and stewardship over  the ministry.

“Ministries, State Departments, and State Agencies  shall not issue any policy pronouncements unless as sanctioned by H.E the president.”

The Public Service Commission chair also noted that the various ministries and State agencies will henceforth not make any payments exceeding Ksh.50 million without approval from the National Treasury.
CABINET SECRETARIESPRESIDENT RUTOPUBLIC SERVICE COMMISSION
NEXT 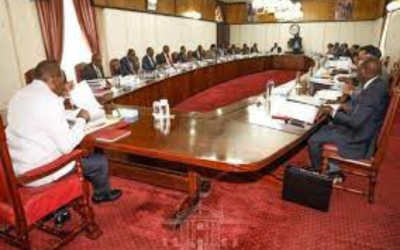 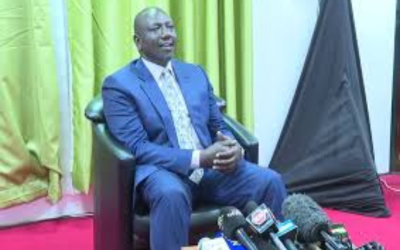