The telco provider also noted that it was working towards providing 5G services to iPhone users. The services want would be made available by sending updates to iPhones in the Kenyan market currently the update has been sent out and you can therefore browse on 5G speeds on your Apple device. Key to note 5G is extremely fast -faster than ordinary Internet speeds .what this therefore means is that your data bundles might deplete faster than usual. In response to that Safaricom will be releasing 5 G-specific packages come December. The higher tariffs to be paid on the fifth-generation network will cater to the billions of shillings spent on upgrading the infrastructure.

5G is twenty times faster than its  4G and 3G predecessor.

Nokia and Huawei were the two technology partners to implement the initial rollout of Safaricom’s 5G network.

Safaricom promised to increase the 5G internet speeds beyond 1000 Mbps in the later stages of the trial.

The 5G technology is a viable alternative targeting Home Fibre and Fibre for Business in places where Safaricom is yet to roll out its Fibre network. Customers will only require a 5G router to browse the new speeds.

The 5G is an attempt at solving the dwindling rate of voice calls’ revenue.

According to Safaricom CEO majority of Safaricom users are still on the 2G network and are not tapping into the high-speed internet services. 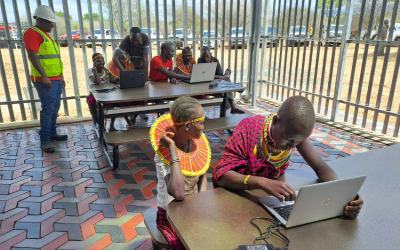