The History of Honda The Automobile Brand

Honda , a Japanese automobile  company, is famous for its great quality,reliability and its affordability.

Engineer  Soichiro Honda ,the founding father of Honda grew up in a small village as a son of a blacksmith.

In  his childhood he took part in the humble  family business of bicycle repairs which arguably sparked his interest in automobiles.

After returning home at twenty two Soichiro opened his garage and would not only help people repair their vehicles but also train other people.

Due to his mastery and craftsmanship,Soichiro Honda’s career took off almost immediately as his popularity grew.

His first invention was his proposal to replace  wooden spokes in bicycles with metal ones.

He also founded the first company for the production of piston seals called Tokai Sekai.

However, the Honda Company also faced hard times during the second world war.The company’s garage was destroyed by bombs .The damage was further aggravated by the 1945 earthquake which crumbled the company to its knees.

Soichiro Honda sold the remainder of his company at a throwaway price and invested the proceeds  in a company which he called the honda research technical institute.

While in the company he made another invention of attaching a motor to a bike .

Due to demand he considered producing motorbikes and that's how his just-for-fun experience turned into a profit-making venture.

The orders came in overwhelming numbers forcing Soichiro to invite a new business partner.This would also afford him the time to focus on new inventions.

The first headquarters of Honda was in Tokyo.

Soichiro employed races as an avenue for advertising his motorbikes.While attending the race he would compare  the strengths and weaknesses of his rivals motorbikes with his.

The government of Japan played a critical role in financing the companies development.

Honda motorbikes increasingly became associated with bikers as well as with crime.

At the age of 56 had decided to start his automotive line-car production.

All the races honda took part in were almost always victorious becoming the biggest manufacturer.

Honda civic,1973 was the breakthrough of the Honda vehicles.Due to the prevailing oil crisis the vehicle was preferable as it was economical.

In 1986,Honda delved into the production of robots as well as premium cars(Acura division)

After the death of Soichiro and the retirement of his business partner, other rival companies overtook Honda in terms of production.As a matter of fact rival company Mitsubishi threatened to take over.

Honda then reacted by producing recreational vehicles such as the Honda CV and the odyssey.

In 1997,the first electric car was produced by Honda.

To date the company operates under the principle of innovative and high quality automobiles.

In 2005 the Honda Aircraft Company was established.

By 2015,the company was the eighth largest car manufacturer.Honda makes its own engines,gearboxes and technologies .

garden equipment,generators with the main markets being USA and South East Asia.

Honda is also one of the best ranked employers. 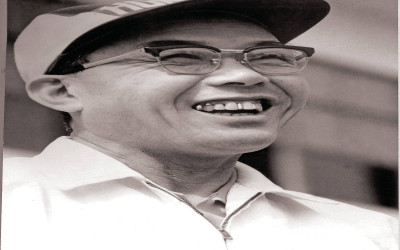