The Kenya National Examinations Council has elucidated why some schools failed to pick up their national KCPE and KPSEA examinations for Grade 6 and Class 8 candidates.

According to the examination council, records show that majority of the institutions were still registered as examination centers but due to various factors,  some were forced to close down while others had students transferred to other schools.

"Some of these schools were closed during the covid-19 pandemic so students had to be transferred to other schools,"  KNEC CEO David Njegere stated, adding that majority of the schools were mostly private, especially those who had registered candidates at Grade 3 three years ago.

Early Learning and Basic Education PS Julius Jwan echoed the same sentiments, stating that majority of the schools registered candidates in 2019 at Grade 3 but were later closed down.

"Some had six, others five registered candidates but the learners moved to other schools," Jwan said while overseeing the distribution of exam materials in Turbo Sub County.

Uasin Gishu County leads with the highest number of institutions that failed to collect their examination scripts, recording 52 institutions whose center managers were a no-show at the examination collection centers.

Bungoma County recorded 15 institutions which failed to pick up their papers, with Bungoma South Deputy Countu Commissioner Duncan Okwach assuring that a probe would be launched to determine what happened to the schools.

“The exams are still held in our stores, as we investigate what happened with these schools, nobody will tamper with the exams,” he said while overseeing the distribution of examinations at the Bungoma DEB primary school on Monday, November 28. 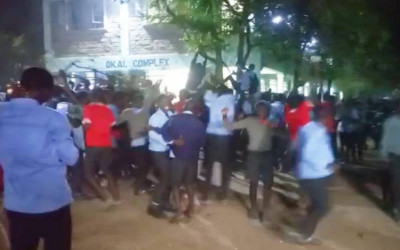