Raila Refuses To Congratulate Ruto;Goes After the Supreme Court Judges

Following the just concluded ruling on the elections petition, former Prime Minister has sent out a message via his official Twitter account.

He has asserted his respect for the Supreme Court’s decision. He has however noted that he vehemently disagrees with their decision today.

“We have taken note of the decision of the Supreme Court on the Presidential election held on August 9th, 2022. We have always stood for the rule of the law and the constitution. In this regard, we respect the opinion of the court although we vehemently disagree with their decision today" the statement read.

“Our lawyers proffered irrefutable evidence and the facts were on our side, unfortunately, the judges saw it otherwise. we find it incredible that the judges found against us on all nine grounds and occasion to unduly exaggerated language to refute our claims” read the statement in part.

The former prime minister said in his statement that this by no chance means the end of a movement but instead gives him a  new impetus to fight for a prosperous democracy.

“This judgment is by no means the end of our movement.In fact it inspires us to redouble our efforts to transform this country into a prosperous democracy where each and every Kenyan can find their full belonging”

He signed off the statement by thanking all Kenyans who have shown him unrelenting support and promised to reveal the next course of action in the near future.

“We thank all our supporters and Kenyans across the country for standing with us. We will be communicating in the near future on our plans to continue with our struggle for transparency,accountabillity, and democracy.”

“Are we to nullify an election on the basis of a last-minute board room rupture, the details of which remain scanty and contradictory?” said Martha Koome, the court’s chief justice. 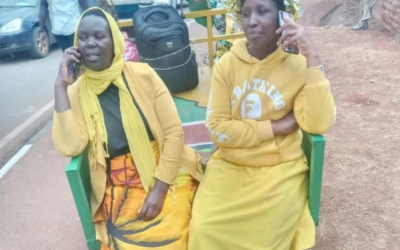