Kenyans online have unleashed fury on Siaya Governor James Orengo after he announced his recent projects since assumption of office, which appeared as a mockery of the electorate as it was expected that he would prioritize critical matters affecting the county.

The governor took to his social media accounts to announce the  commissioning of a light mast at a shopping center in the county, a task that many opined was reserved for leaders such as ward representatives who are tasked with county development projects at the grassroot level.

"Commissioning of High Mast light at Uhuru Center in Ugenya Constituency this evening. This light installation will improve security and ensure more business hours for our men and women in the market and center as a whole," he stated. 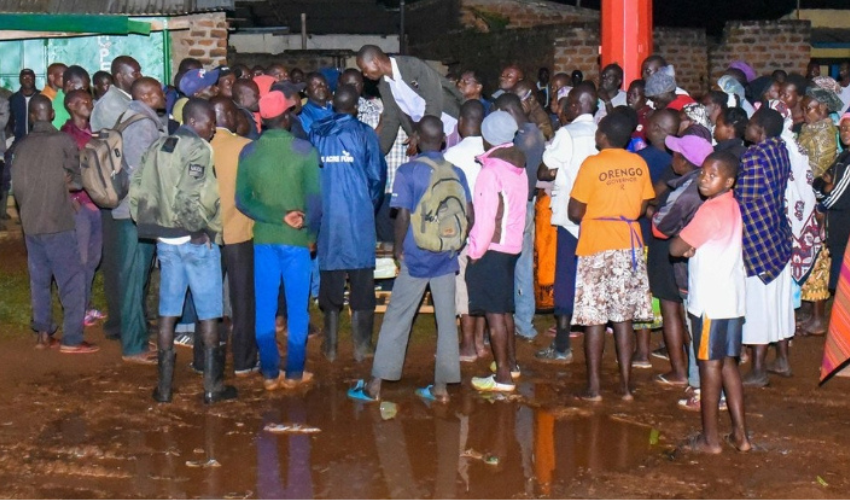 This evoked ridicule from netizens who found the governor's stride as mediocre, as they expected a leader of his caliber to take on more bigger tasks in terms of development.

"The audacity of a politician to commission light masts in 2022 & still broadcast on all social is unmatched. It was night already and you had the opportunity to do it silently in the dark but here we are," Ryan Hatari castigated.

Another thing that caught the eye of most Kenyans was the poor state of the center in which the light mast was erected, as they expected that Orengo in his capacity as governor would take into consideration a facelift of the center to complement the new development.

"Just look at where they're standing, you should be embarrassed," one user named Jobu remarked, refering to a photo showing puddles of muddy water where the residents stood in during the commissioning.

A section of some netizens however defended the governor, stating that it was a step in the right direction as the county was seriously lacking in such amenities.

"Catch me dead defending Orengo, but this is actually progress in Siaya. It is the worst Nyanza county in terms of development since devolution. So this is actually a big deal," one user pointed out.

"This is good work! Please install solar powered floodlights in all market centers in your county," Dominic Walubengo stated.

This comes two weeks after the Ethics and Anti Corruption Commission(EACC) launched investigations into the Kshs 400 million corruption scandal by Siaya County government officials, who allegedly siphoned the funds during the transition period after the August elections.

Ghost Of Goldenberg Scandal Haunts Mudavadi As He Reveals Networth