The Milimani Law Courts Chief Magistrate accepted an application filed by the impeached governor’s team on Monday. The hearing of the matter has now been set for 14th October 2022.

The office of the Director of Public Prosecution submitted to the public that the ex-governor had requested an adjournment request which the court granted.

The ex-governor of Kiambu County was impeached in 2020 on allegations of fraud.

According to the charge sheet, Charles Chege and his spouse had presented fake degree certificates to show that their company was well able to execute the road repair tender.

The duo allegedly submitted the certificates to the Kiambu county tender committee for approval.

The charge sheet states that the committee gave its approval to the company without conducting the scrutiny required by law before the awarding of tenders.

Hence the committee was also charged with ‘willful failure to comply with the law relating to procurement.’

Waititu has also been charged with money laundering.

After the irregular awarding of tenders, a portion of the money would then be transferred to bank accounts affiliated with Ferdinand Waititu and his wife Susan Wangari through their companies  Benvenue Delta Hotel and Saika Two Estates.

The prosecution claims that the money given to Waititu was a pay-off for the tender awarded. Part of the proceeds paid out to Waititu was allegedly used to buy a property worth six million Delta Hotel.

The high court has since frozen property registered under Waititu and his wife.

These include 18 prime properties and seven vehicles until the case filed by the Ethics and Anti-Corruption Commission is heard and determined. 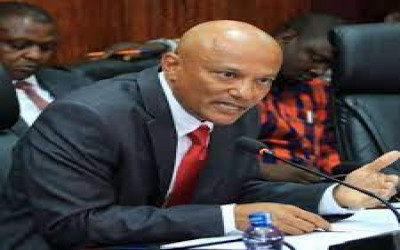 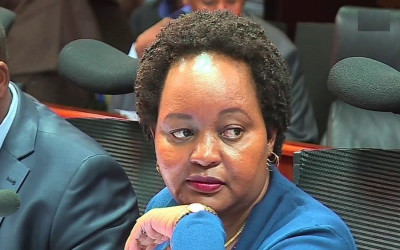