The meeting was convened to consider the progress made in the national response to the ongoing drought situation that has affected 23 counties; together with an appraisal of the ongoing humanitarian support and relief food being provided to the families in those areas and the medium-term and long-term strategies being developed to address the food security situation in the country.

resistant crops, and the implementation of early warning and response mechanisms that are activated at the very start of adverse situations rather than when the situations have escalated into disaster conditions.

As part of the medium to long-term responses to the ongoing drought, and as a progressive step towards significantly redefining agriculture in Kenya by adopting crops that are resistant to pests

By the recommendation of the Task Force to Review Matters Relating to Genetically Modified Foods and Food Safety, and in fidelity with the guidelines of the National Biosafety Authority on all applicable international treaties including the Cartagena Protocol on Biosafety (CPB), Cabinet vacated its earlier decision of 8 th November 2012 prohibiting the open cultivation of genetically modified crops and the importation of food crops and animal feeds produced through biotechnology innovations; effectively lifting the ban on Genetically Modified Crops. By dint of the executive action, open cultivation and importation of White (GMO) Maize are now authorized.

Today’s decision follows an earlier Cabinet decision made on 19 th December 2019 regarding the commercialization of Bacillus Thuringiensis (BT) Cotton Hybrids in Kenya; which is a genetically enhanced variety of cotton that is resistant to African Bollworm, the

most destructive and pervasive pest in cotton framing.

That earlier approval by Cabinet sought to revamp the production of textiles, apparel, feed, and oil industries towards the realization of industrialization; and today’s Cabinet decision builds on it and also extends its benefits to other agricultural and manufacturing

The nation’s apex policy organ was also apprised of the preparations for the National Examinations for Grade 6, Class 8, and Form 4; which are scheduled to take place from 28 th November 2022 to 23 rd December 2022. Cabinet took the opportunity to wish all candidates success as they prepare and sit for their examinations.

Cabinet welcomed the normalization of the education learning calendar with effect from January of 2023, noting that it would herald the conclusion of the recovery of learning times lost due to the school closures occasioned by the COVID-19 Pandemic.

Cabinet reaffirmed the importance of the ongoing reforms to steer the nation toward an era of Universal Health Coverage through the bold and progressive legislation enacted early in the year on the mandatory contribution of employers towards NHIF. Cabinet highlighted the

importance of the National Hospital Insurance Fund (NHIF) as the anchor of these ongoing reforms; and it urged all eligible Kenyans to register for NHIF cover.

Mindful of the shared duty to support our senior citizens and to foster inter-generational equity whilst cushioning all from the vulnerabilities of poverty in old age, Cabinet ratified the

Today’s Cabinet meeting concluded by noting the steady progress being made to fully establish the Fifth Administration; a process that will conclude with the appointment by His Excellency the President of new Cabinet Secretaries, Principal Secretaries, and other senior ranks of the 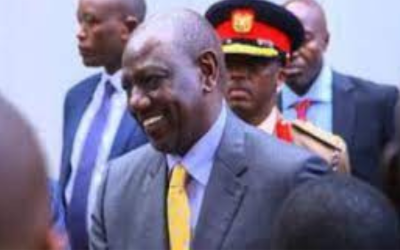 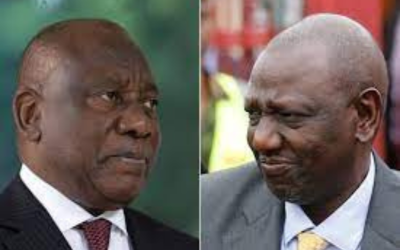 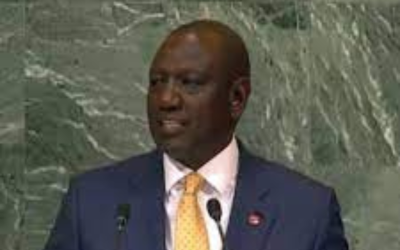