Murder Most Foul; Student Kills Girlfriend In Classroom After Being Rejected

The Directorate Of Criminal Investigations has apprehended a 19-year-old student for the murder of his classmate turned lover at a village in Kericho County on Wednesday, May 4 after she rejected his romantic advances.

The suspect, Tony Kiptoo, committed the heinous act at the Keben Secondary school in the Sosiot Village, after his lover, 22-year-old Irene Chelagat turned him down.

Kiptoo was left disgruntled and resorted to killing his classmate, as he seemed to make peace with the fact that he would not convince her otherwise.

"Kiptoo, who was determined to end Chelagat’s life had carried a kitchen knife from home to school and committed the horrific act just before the morning lessons began," the DCI stated in a release on its social media pages on Thursday, May 5.

He stabbed his victim on the left side of her chest which killed her on the spot and it did not take long for their classmates to get wind of the incident, after which they stormed the classroom and proceeded to attack the suspect, consequently attracting the attention of a teacher who was at the school premises.

"Irate classmates descended on Kiptoo as others screamed attracting the attention of the teacher on duty Kenneth Korir, who was at the staff room preparing for the day’s lessons.

"He immediately rushed to the classroom and found the suspect being roughed up as other students were trying to assist the victim, who was bleeding profusely," the statement read in part.

They rushed Chelagat to the Sosiot Medical centre where she was pronounced dead on arrival.

According to detectives based at the Belgut DCI, preliminary investigations indicate that the two had been in a  love relationship, but the lady believed that it had run its course and chosen to move on.

This did not sit well with Kiptoo who was humiliated and rejected, as investigations revealed that he, without remorse, had inscribed R.I.P on his ex-lover's photograph found in his cubicle.

On the morning of the attack, he made his way with his weapon of choice determined to end her life upon the knowledge that Chelagat had found herself a new lover, who had bought her a new smartphone.

Her death dealt a blow to the school's student body and faculty, as she was a top student and was admired for her prowess in the English subject.

"Mr Korir, who is still reeling from the loss of one of his students described Chelagat as a diligent and hardworking student, who performed exceptionally in his English subject," the detectives stated.

Kiptoo was arraigned in court to answer to the murder charges, with the detectives assuring that they were seeking orders to have him detained as investigations continued in a bid to build a watertight case against him. 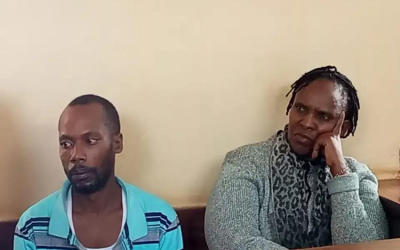